In the docs about validators a function named unstableMakeIsData is used, but has the following comment:

It seems inconvenient to have code that needs to be changed for production so I'm curious why this is required. For example, why not just use makeIsDataIndexed in development too? What benefit does unstableMakeIsData have?

I tried searching for both function names across the docs, but the only instances are in two different comments along these same lines.

If you take a look at the code you can see that makeIsDataIndexed takes 2 arguments (datatype and mapping) but unstableMakeIsData takes only 1 argument, so it's faster to use (that's why it's used in examples) 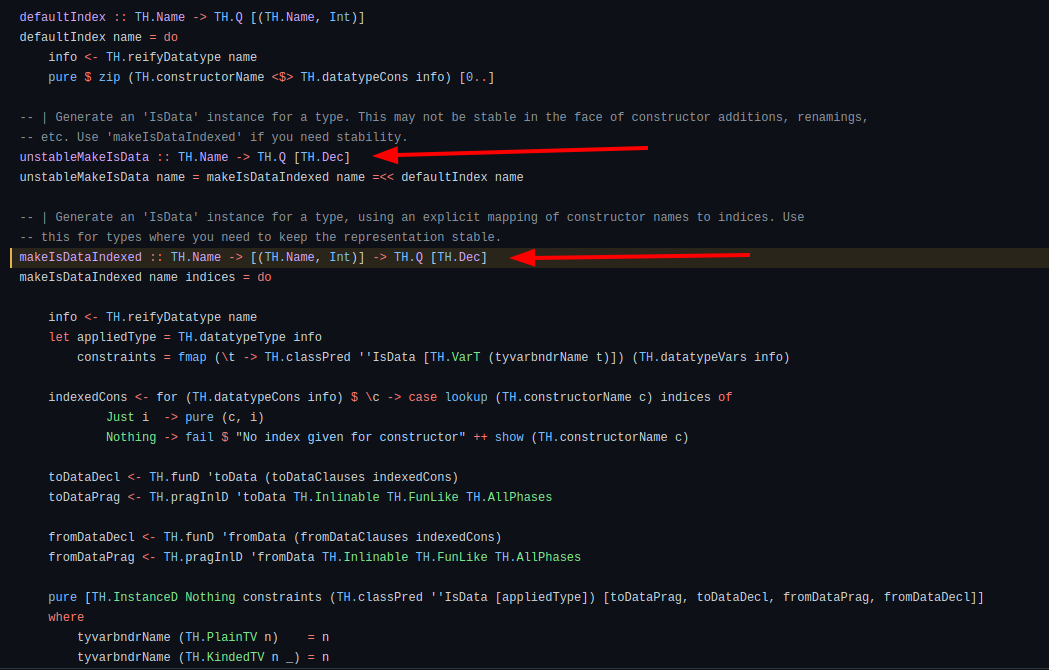 You can find more context in this commit as well. Note, that unsafeMakeIsData was later renamed to unstableMakeIsData.

makeIsDataIndexed take 2 values and we use it when we are working with stable data and we don't them to be changing in the future so we index them explicitly to ensure. Example: makeIsDataIndexed ''Bool [('False,0),('True,1)] so if we refer 1 we will get True and 0 False.

Not the answer you're looking for? Browse other questions tagged plutus or ask your own question.