What are relay nodes?

I just started out with Cardano and blockchain and I read in an article somewhere that said that each stake pool must run at least one block-producing node and one relay node. The block-producing node holds the keys and certificates necessary to issue blocks, but it is not directly connected to the network.

As far as I understand, the blocks are produced by the pools and each of certain pools are assigned for different slots (epoch divided into slots) to mine a new block, but what do the relay nodes do?

Within the Cardano environment, there are two types of nodes: Block-producing nodes, and relay nodes, which are nodes with no operational certificates.

Relay nodes do not have any keys, so they cannot produce blocks. Instead, relays act as proxies between the core network nodes and the internet, establishing a security perimeter around the core, block-producing network nodes. Since external nodes cannot communicate with block-producing nodes directly, relay nodes ensure that the integrity of the core nodes and the blockchain remains intact, even if one or more relays become compromised.

If a relay node becomes compromised, you can simply switch it off and use a different one.

In picture, a typical Cardano stake pool network looks like this: 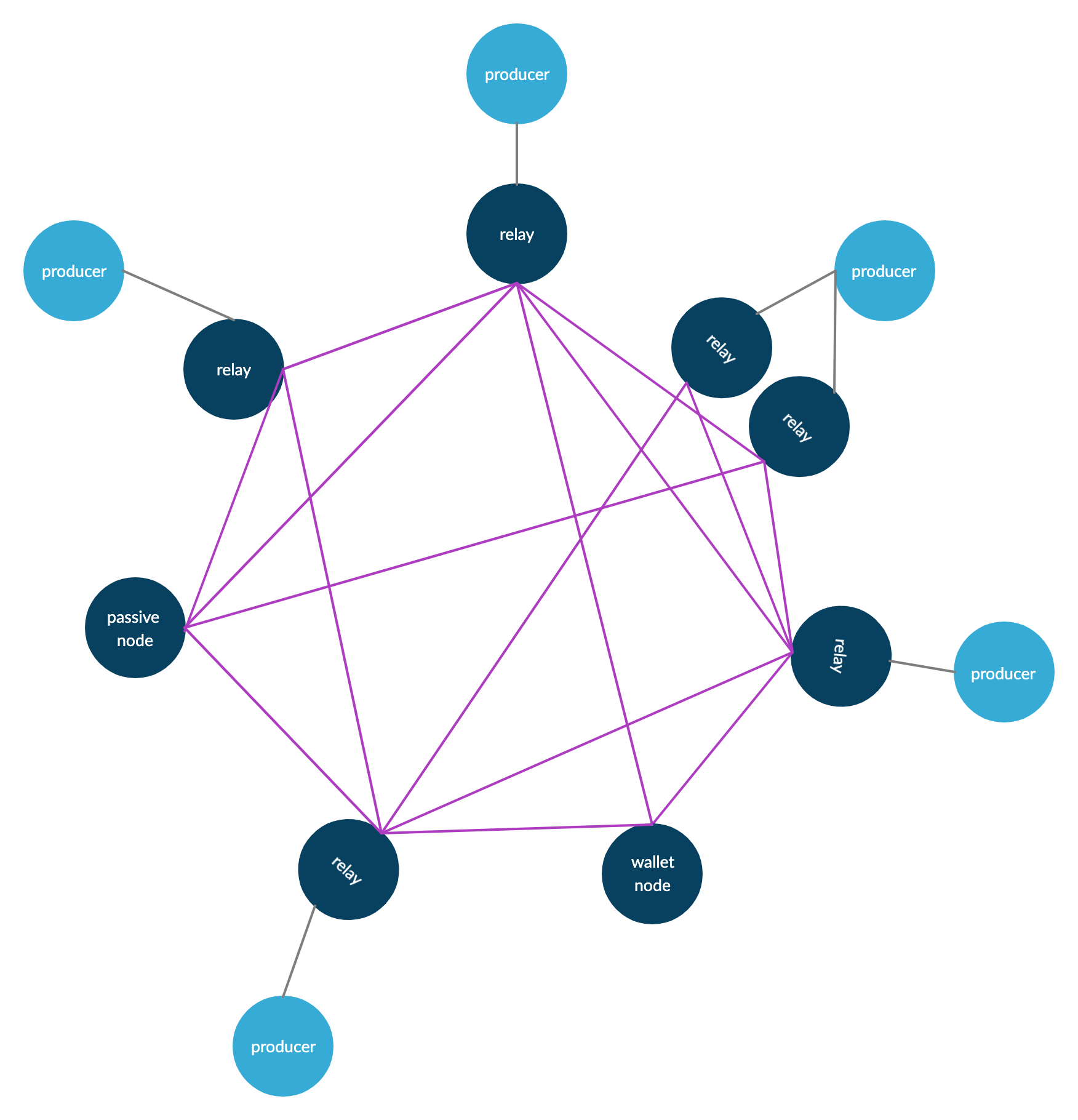 Also, I would point out, you don't need to run a relay, it is just recommended best practice to protect your block producer from variety of attacks.

Not the answer you're looking for? Browse other questions tagged stake-pool cardano-node or ask your own question.

8
What is the difference between an active, relay and passive stake pool node?