One node surprisingly running out of disk space

I had two cardano-node instances running via kvm on one physical machine. Both nodes were running on mainnet for a while before I switched them over to testnet (to prepare for turning these into a stake pool).

I gave both environments (labelled BlockProducer and Relay) the same resources, incl. 150 GB of disk space.

When logging into both environments, I noticed that BlockProducer's cardano-node process crashed with a FileSystemError, stating that there is no space left on the device. Restarting the process (also after rebooting BlockProducer) did not change this. 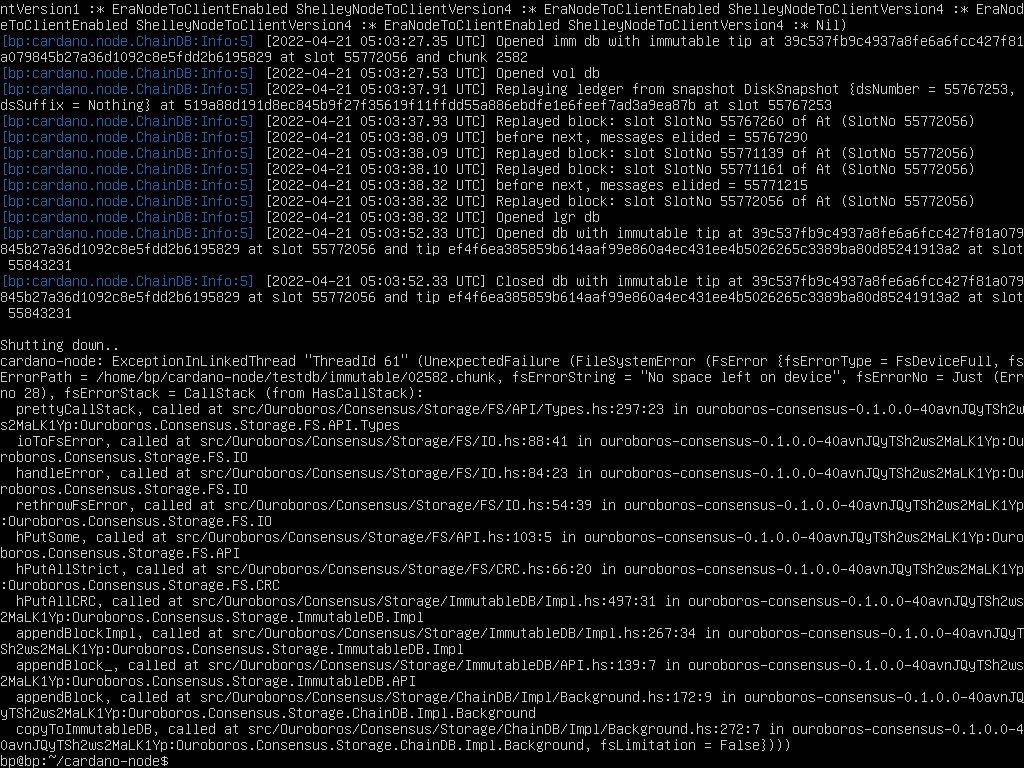 These are the outputs for df -h and du -h -d 1 in the respective cardano-node directories. Left is the (working) Relay, while the right side shows the BlockProducer environment. 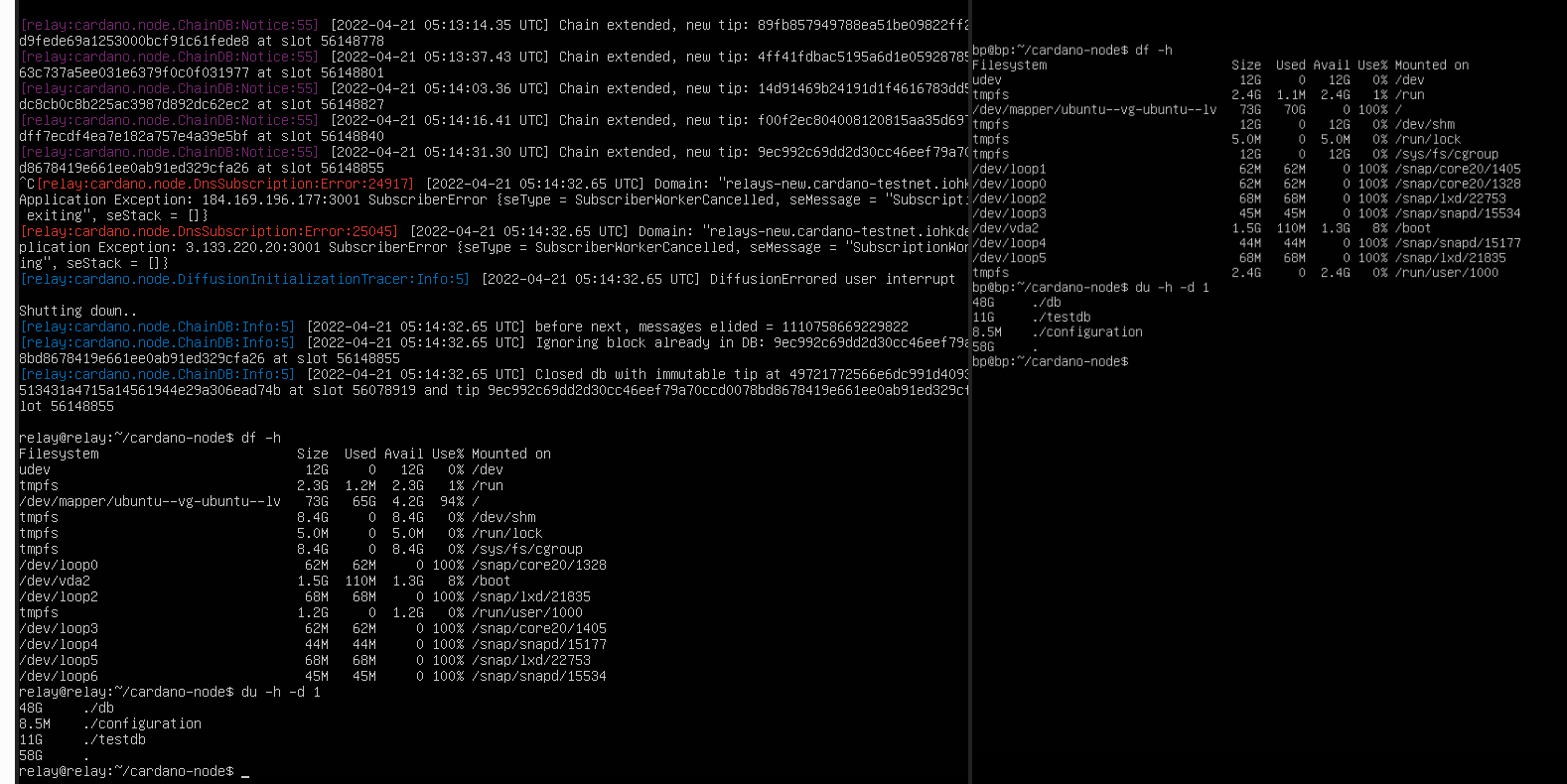 The host system running the kvm daemon still has 210 GB of available disk space. Did I simply under-provision the virtual disks or what is going on here?

Why is Relay still running though? I installed the same software and configured both environments the same.

Each system only has 73GB maximum on / (which is where you are running from). The live Cardano chain is now 50GB on it's own. I'm not sure of the testdb size.

Make the / volume larger on each system eg 120GB maybe.

So, what has used the extra 5GB somewhere on the BP system? Left over logs or code?

cd to /home and do a 'du -h .' there to see if you can spot if the space has been used by a different user.

If not obvious there then you will need to review other directories off of / to narrow down where the extra 5GB has been used. Often /var/log can use a lot of disk space logging things. Also check /tmp

You need to find out which files are filling up the disk.

Not the answer you're looking for? Browse other questions tagged or ask your own question.

5
Relay Node & Block-Producing Node, which one requires more Hard Disk capacity?
2
How to upgrade my Cardano node to version 1.30.1 from a Coincashew install?
0
Problem when running cardano node on aws
0
Why does building cardano-node require unreasonable amounts of disk space?
2
Disk Space of Cardano node & Cardano DB-sync
1
How to run testnet node and mainnet node on background at the same time?
1
How can I stop Cardano Node correctly without running it as a service?
1
new node docker image doesn't work
1
Plutus Playground Server error: opening lock file '/nix/...root.lock': Permission denied