How Do you generate the Cabal and Nix files for a new project?

I built the plutus-apps repo from iohk, and then made a different folder to orgenise my projects. I want to know how to have the nix files needed to make the environment generated in the new project folder and the same with the cabal files.

I have used cabal init but get the following output: 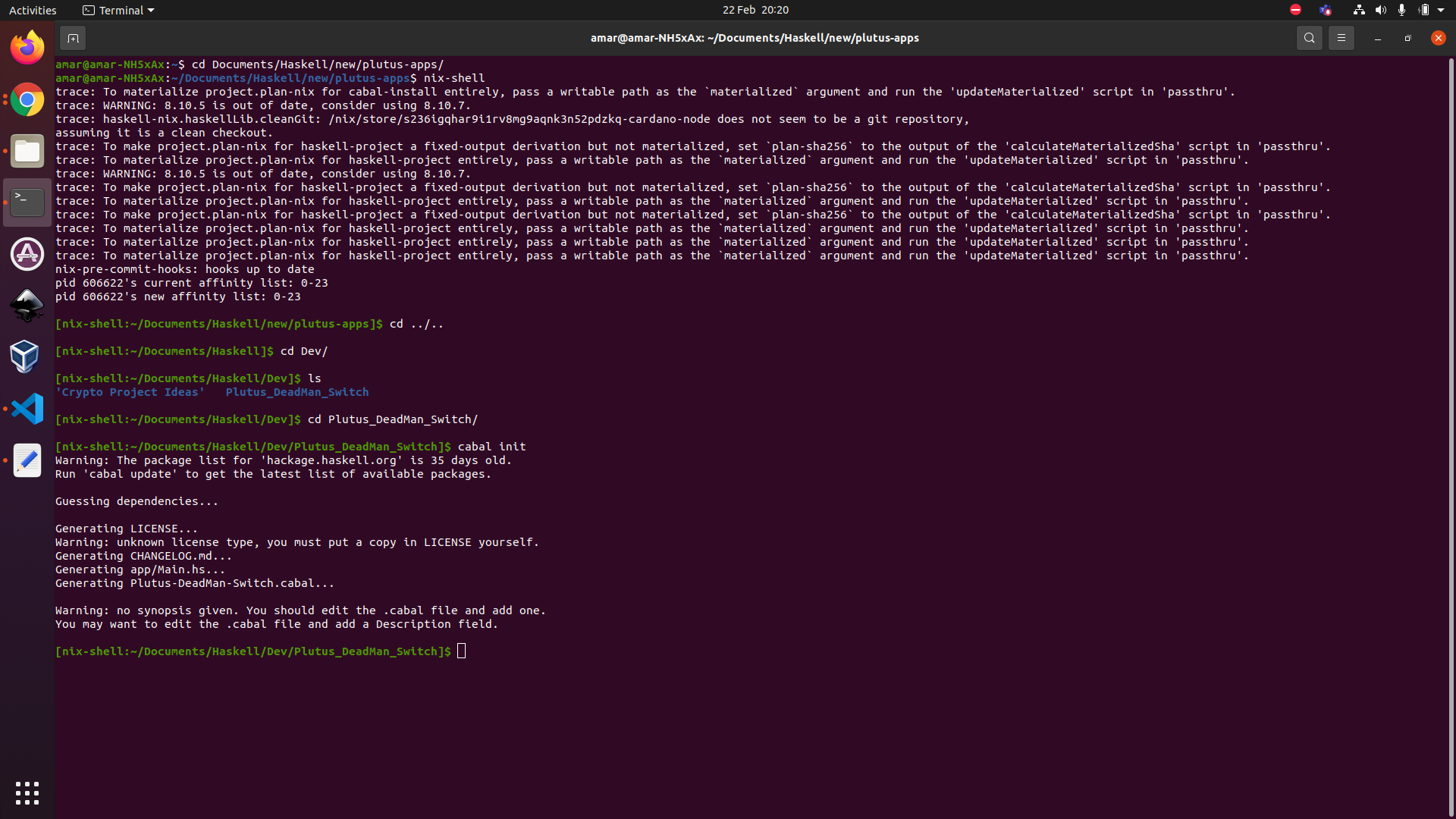 I don't really understand what this means nor can I figure out how to generate the files needed for nix-shell to work in this project.

Please help me figure out how to do this. Thankyou.

Once inside the nix-shell, it assumes that the correct dependencies have already been loaded especially if you have built it on top of the newly cloned plutus-apps repo. The nix files necessary are therefore already available for any new project that you would compile or run inside the nix shell.

In the Plutus Pioneer Program, there is an instruction to have to update (checkout) to the proper github commit tag of the plutus-apps repo that the current week's source codes is using. Follow this intruction, then enter the nix shell. Once inside the nix shell, you will be able to successfully compile and run the projects of the current week.

For a new project to work, there is an option to set a file as an executable in the cabal project file. You may want to watch a part of the Plutus Pioneer Program - Iteration #3 Week #4 Lecture #2 video. At time 09:55, Lars made an example on how to execute his source code using cabal run command, and he also explained afterwards the needed changes in the cabal project file if you want to use that command.

Not the answer you're looking for? Browse other questions tagged plutus-pioneer-program cabal nix nix-shell nixos or ask your own question.

9
plutus starter course
2
Nix is building ghc during on nix build command (How to fix the cache?)
0
Error running plutus-playground-client in Linux
1
nix-shell command causes error "invalid character in Base64 string"
0
Plutus Pioneers Program Environment Setting, nix-shell command cause syntax error, 8.10.5 is out of date
5
How can I set up my dev environment faster after pulling the pioneer code repos for each week
0
Week 4 issue with Cabal build: Not in scope: type constructor or class 'JWT.EncodeSigner'
0
nix attribute not found setting up Dapp repo