What is where executed and when?

To wrap my around what happens when I where, I tried to visualize it. In order to be able to show the interaction between two different systems generating transactions, I have a Generator A and Generator B.

The blockchain itself only stores hashes (of script, datum etc), but not actual data (except for amount of Ada or other tokens), although there seems to be an option to add metadata (which, for the sake of clarity, don't take into account)

Am I understanding it correctly, or do I miss something (or many things :) )? 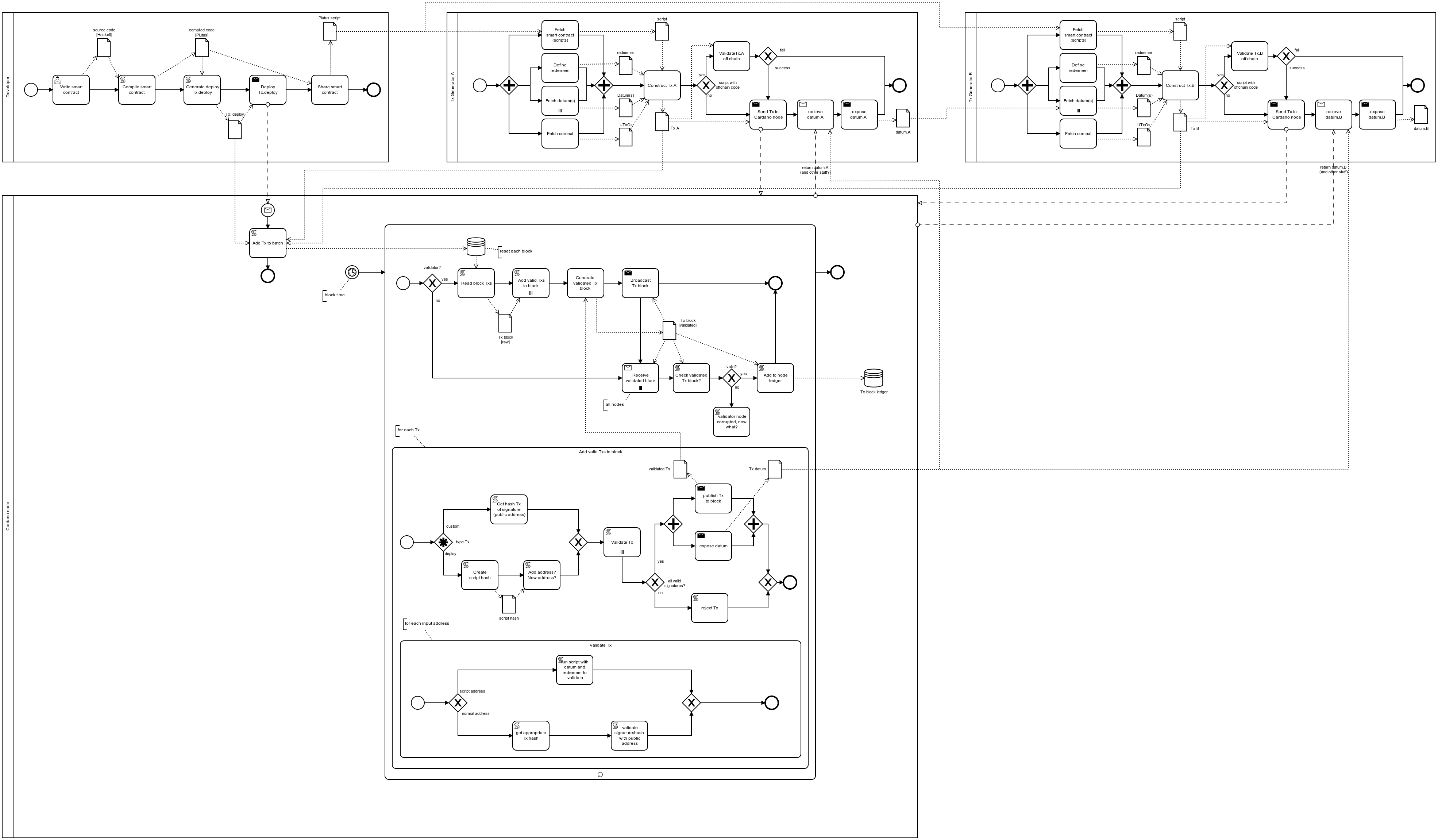 One detail to add here:

The blockchain does not only store hashes. It also stores the datum and the script of spent UTxOs. It would otherwise not be possible to validate the transaction in retrospect. So while you don't need to provide the script and the datum (though the latter is done by default in Plutus off-chain code) when generating the UTxO, they currently need to be included in the transaction that spends these UTxOs.

I say "currently" because there is an improvement proposal in the pipeline that allows reference scripts. With this improvement, it is not necessary to include the script in every transaction. It is enough if the script was include once in a past transaction and added to the blockchain. Future transactions then can reference this script.

Besides this, you got the process flow right.

Not the answer you're looking for? Browse other questions tagged plutus-pioneer-program transaction datum validation redeemer or ask your own question.

0
How to build a script transaction if the validator expects it to be signed
0
Does the redeemer have to be from a wallet address/contract?
7
Plutus pattern/technique for finding original datum preimage of TxOutDatumHash?
6
Can blockchain viewers read the source code of a smart contract if they know its address?
5
What does "off-chain code lives in the wallet" mean?
7
on multiple eUTxO and the validation proces
2
Auction example: How does Bob know the redeemer of the UTXO sitting at the script address?
0
Deploy smart contract to testnet using cardano-cli