If you run a stake pool at home, and have to move, what is the best transition approach?

If you say are a single stake pool operator running a bare metal server from home, what happens if you have to move? How do you make the transition without going offline? What is the best recommended approach?

I think there are 3 main options for doing this, below if a list order by easiest to more difficult.

I think the quick way to do this would be to spin up cloud servers to run your pool. Once the cloud servers are up and synching the blockchain, point your DNS records at them. Make sure to cutover your block producer in such a way that you only have 1 running at a time. At this point you can power off your servers and move. After the move, re-point your DNS records back to your bare metal, let them synch up with the blockchain and finally power off the cloud servers. Again, doing this in such a way to only ever have 1 BP online.

Currently, a good friend of mine and I run a stake pool out of our homes. We live in geographically different locations and create the 'Chuck Pattern.' Essentially, this involves us both running 2 relays and a block producer, with 1 block producer running on standby. For this setup, all we have to do is power off the live block producer and restart the standby block producer with the keys if we need downtime (or need to move). I did a few writeups about this, this one is about how we decided on this setup, and this one is the details of the setup. Obviously this does require a partnership to achieve, but it is cost effective. 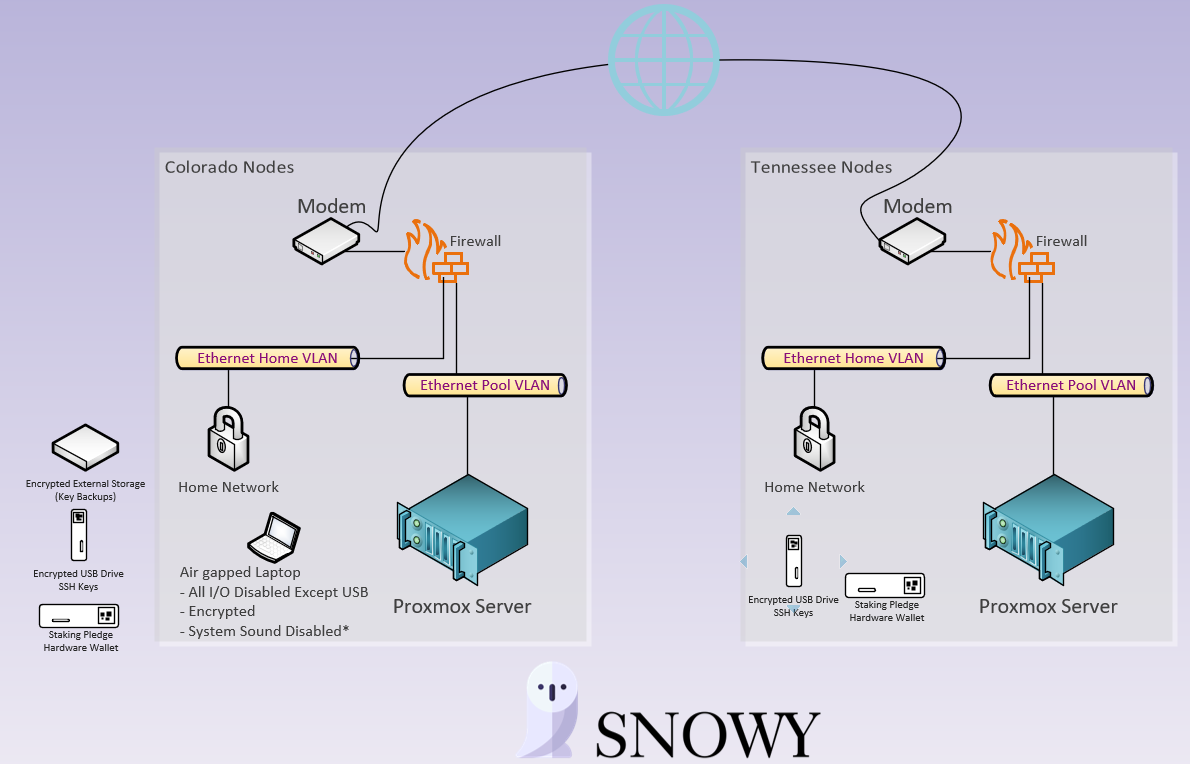 I hope this helps!

Not the answer you're looking for? Browse other questions tagged stake-pool or ask your own question.