I'm having some trouble figuring out the vesting logic in homework 1 of the Plutus pioneer program lecture. I eventually gave up and looked at the solution which seems to be exhibiting the same "bug" (I put bug in quotes because clearly I'm misunderstanding something).

If so, I'm having trouble understanding why the following simulation seems to succeed. I'll provide screenshots and then go through my understanding of it. Here are the values entered for the simulation that seems buggy to me: 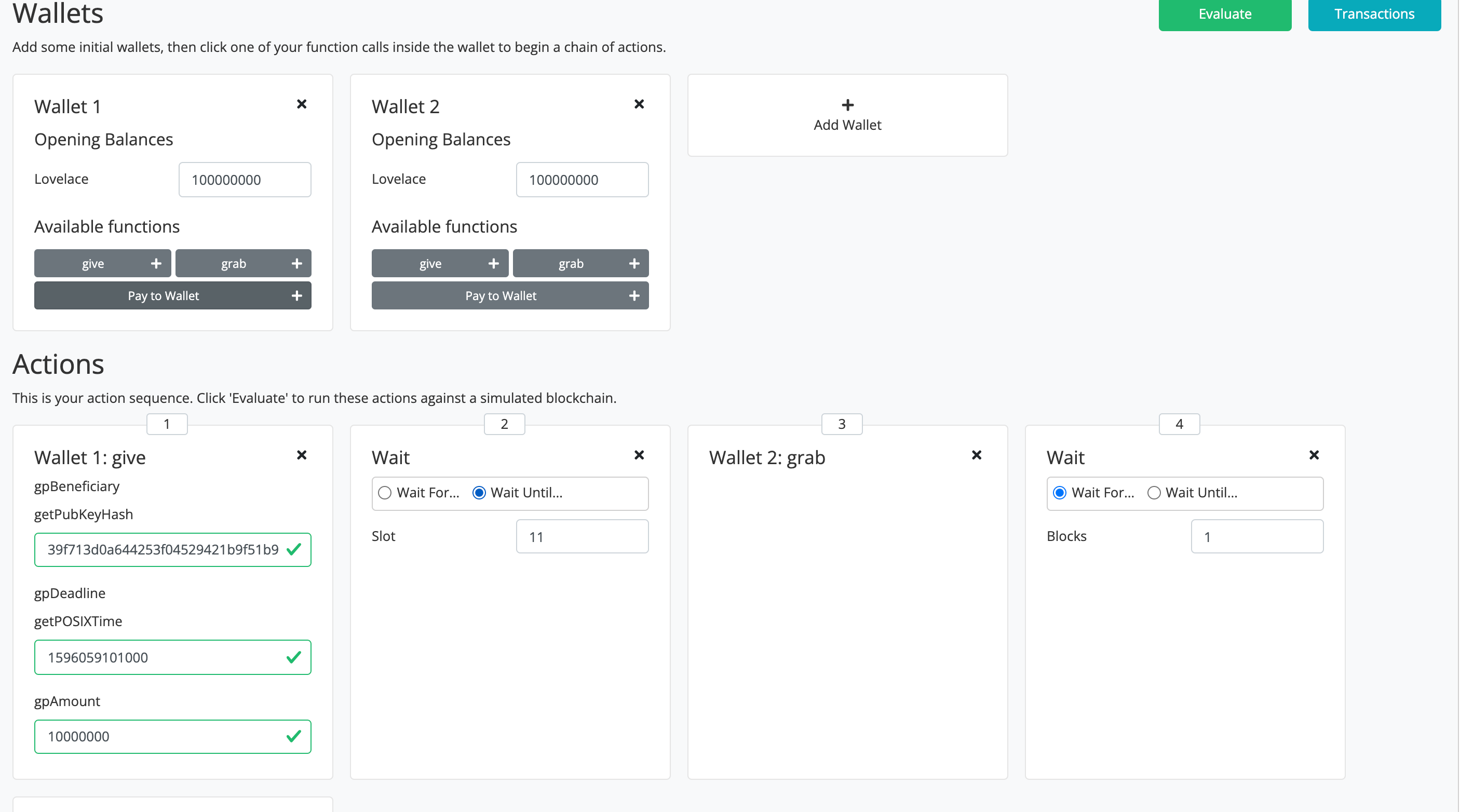 and here the final state of the blockchain: 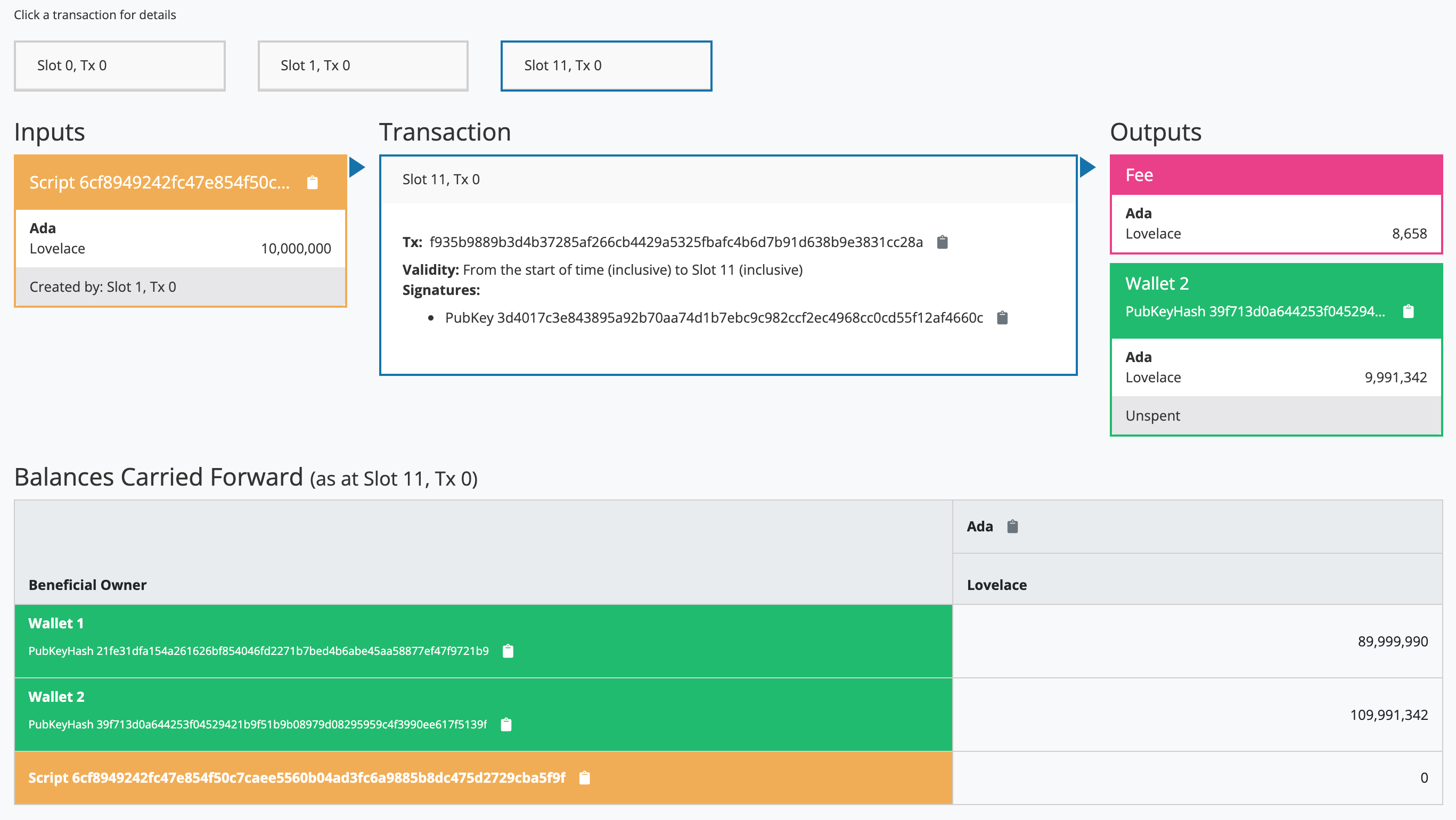 Curiously, it seems that Wallet 2 can grab the gift at slot 11 which is after the deadline. It's very possible that my understanding of the transaction logic is incorrect. To double check, I also ran the same code with the following simulation (the only difference is that the second step of the simulation waits until slot 5 instead of slot 11) and it also succeeded which confuses me even more. I expect that one of these simulations should fail but can't figure out why. 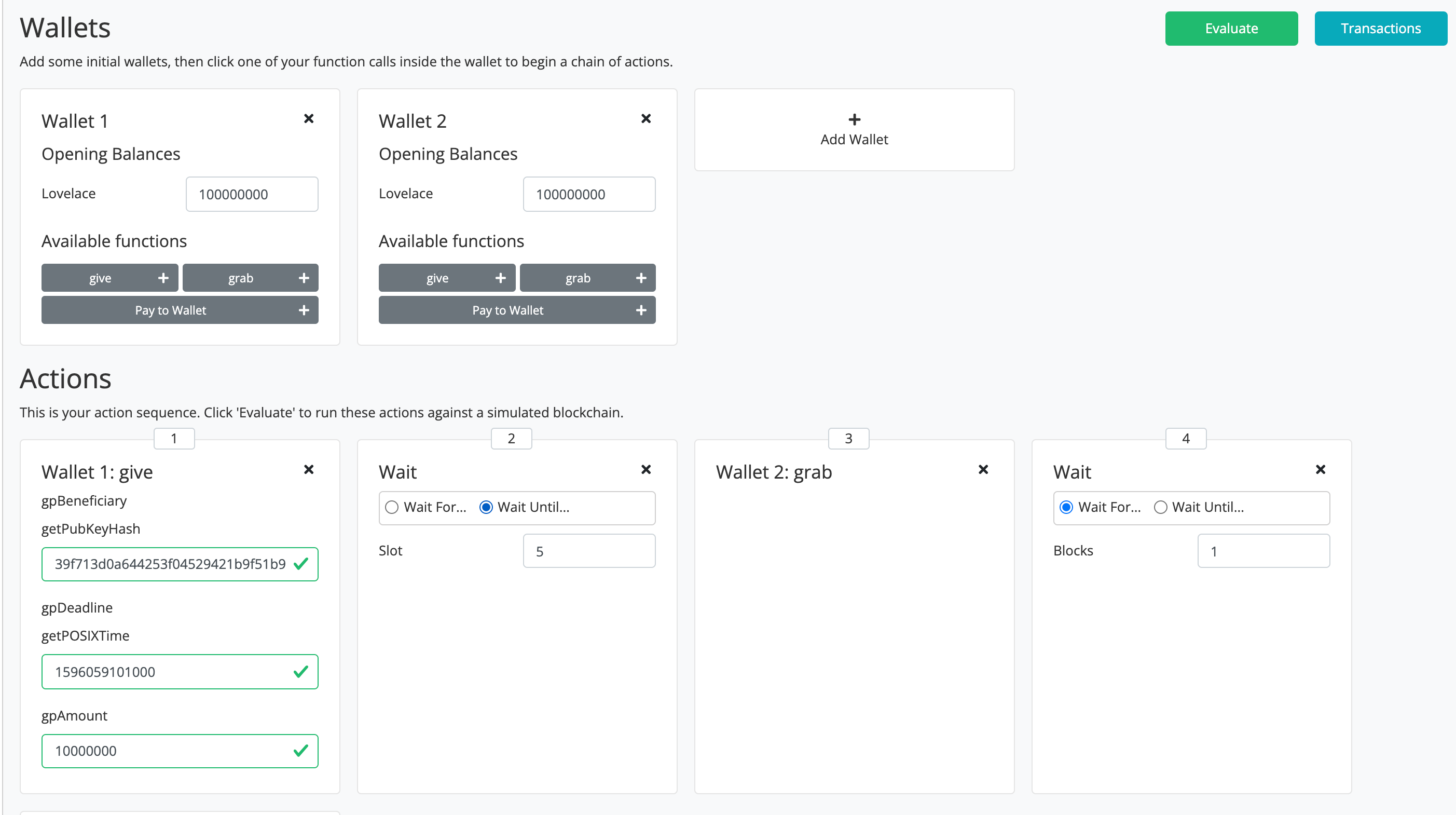 Is there a bug with the solution for homework 1 in lecture 3? Am I misunderstanding something about the logic of the solution?

EDIT: here's another interesting point, with the suggested solution I can't seem to get Wallet 1 to grab the gift it provides. I've tried waiting for 1 block after the gift, waiting until slot 5 and waiting until slot 15 before attempting for Wallet 1 to grab it's gift and in all cases it fails - the "grab" transaction never reaches the blockchain and seems to fail client side with found 0 gift(s) to grab.

Turns out I wasn't using the correct checkout of plutus. More details can be found at the following Cardano StackExchange answer: plutus-playground-server sense of time is incorrect

Not the answer you're looking for? Browse other questions tagged plutus-pioneer-program or ask your own question.

0
plutus-playground-server sense of time is incorrect