I seem to be getting a compilation error when I try to compile any of the example files on my local host configuration for the Plutus Playground. The error is pictured here:

And basically it seems that no matter which example file I try and run I always end up getting a deriving show error. I am using an oracle VM and have installed the binaries for nix and have been running everything out of nix-shell.

Here is a better version of the error I've been receiving, this time on Week03's IsData.hs file, and I get the error at the 'Deriving Show' for MySillyRedeemer: 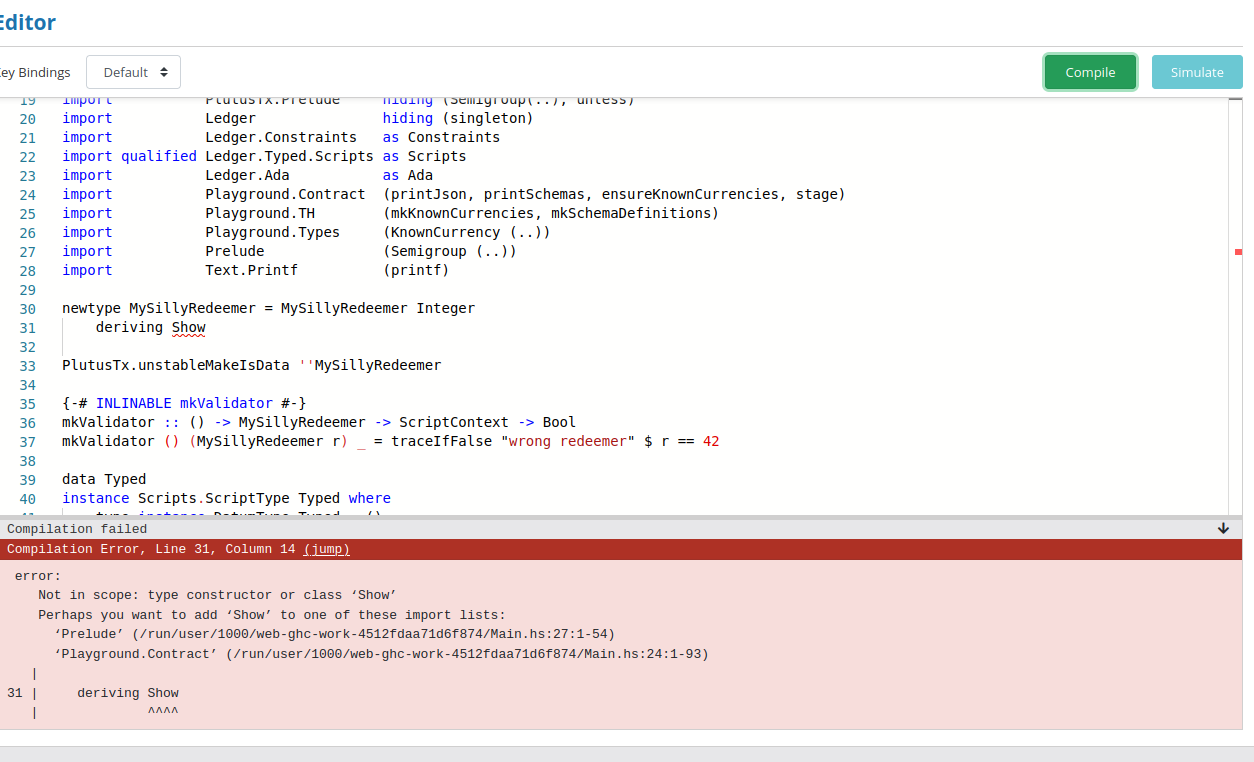 Then when I add the 'Show' to the Playground.Contract the error morphs into this: 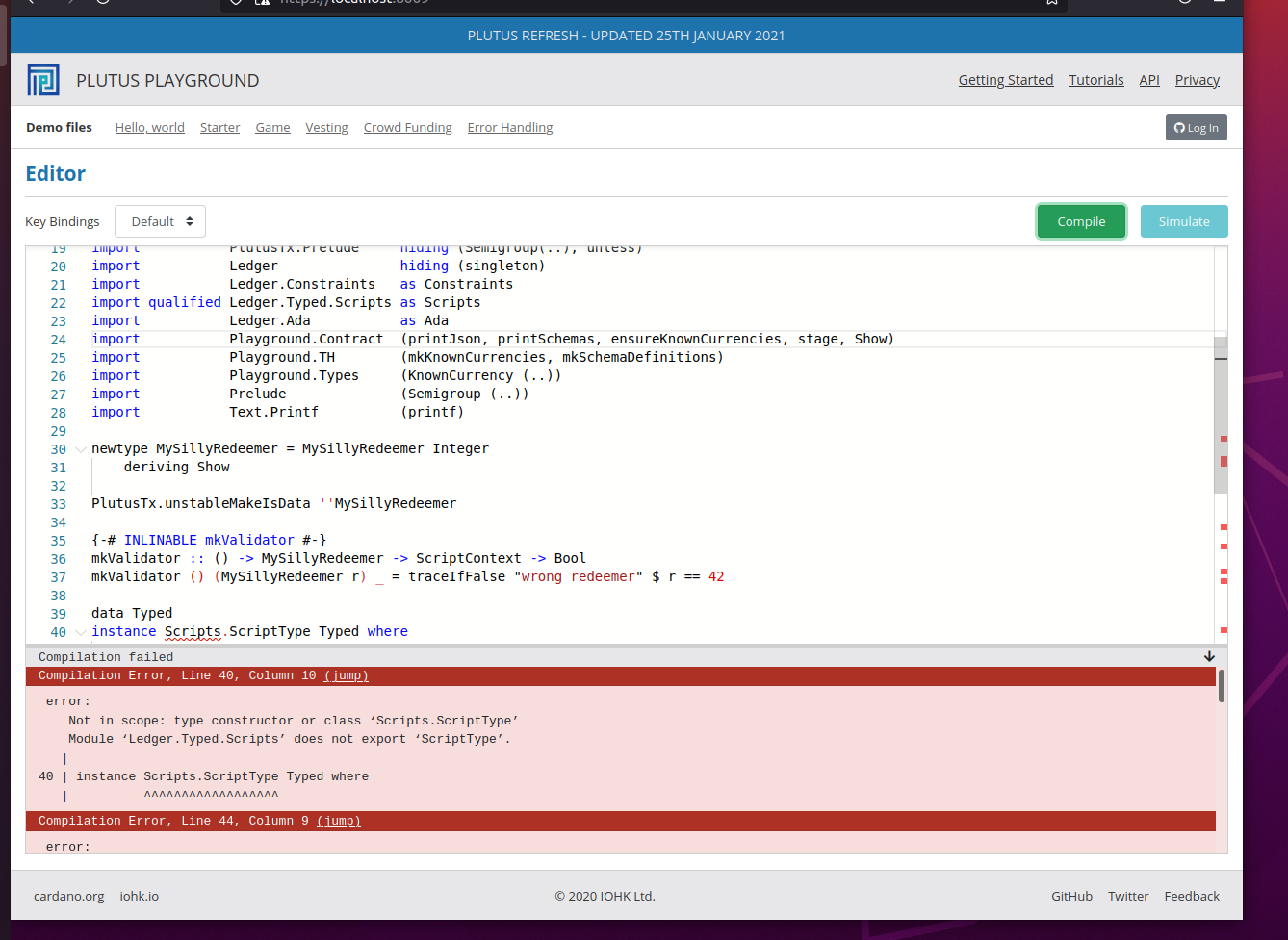 So at this point I am really not sure what to do, all of these errors I encounter on my localhost server. I've reinstalled the plutus git and nix as well and I can't seem to figure out why I have these errors. And the errors do all seem to be 'not in scope' related so maybe its a a case of me not having certain files downloaded?

EDIT: Here is a copy of both the 'deriving show' error code:

As well as one of the error code I get when I add 'Show' to the import list via Playground.Contract:

I believe your issue is stemming from the fact that the plutus team is updating the plutus library relatively quickly, and since the code written in the plutus-pioneer-program is now a month or two old, it is outdated and will only compile on the older version of the plutus playground.

I suggest you keep using the publicly hosted playground and then eventually move over to cabal and the terminal.

You can run the Playground locally in Week 3 if you checkout the Plutus branch referenced in the Week03 cabal.project. See the tag option below.

These are exactly the same errors that I get when I try to compile the Week 3 code with the latest Plutus master, so there is nothing wrong with your setup.

I was migrating the code to work with the master branch, but there have been a lot of Plutus changes since the Week 3 code was written which involved a lot of head scratching trying to figure out what was what.

As other posters have mentioned, checking out the correct commit should fix this for you.

Not the answer you're looking for? Browse other questions tagged plutus plutus-pioneer-program plutus-playground or ask your own question.