We changed our privacy policy. Read more.
This site is currently in read-only mode; we'll return with full functionality soon. Follow @StackStatus or visit our status blog for more info.

Is this normal, or have I got something wrong? 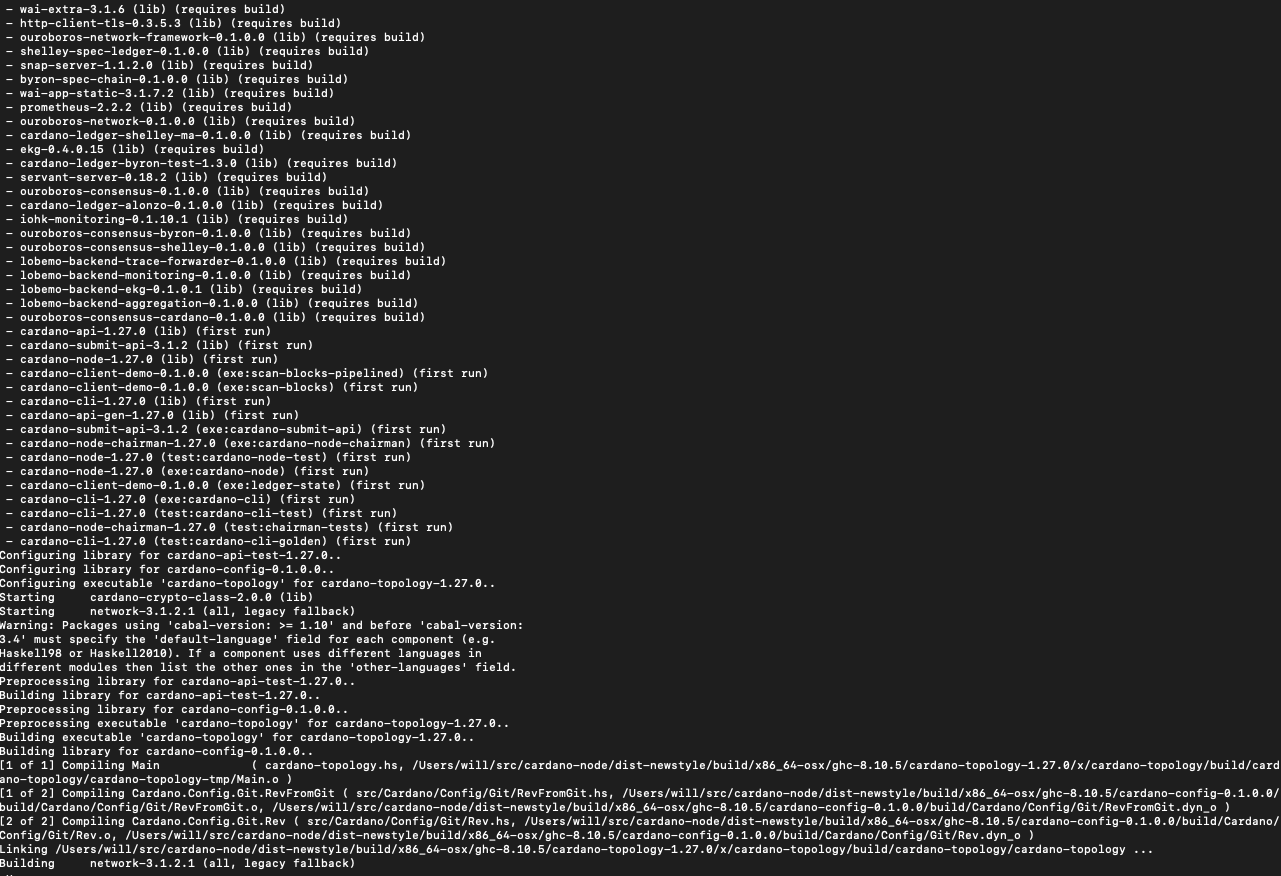 I strongly urge you to consider building using nix. I apologize if this wasn't the answer you were asking for, but it is probably the best solution for building the Cardano node.

I went through so many issues when trying to build from source it would make this issue seem trivial. Also, would like to note that by adding the binaries in step 2, I shaved 4hrs off the build time, and that is on a machine with a AMD 3900XT with 12 cores. Building without binaries on an average machine could take upwards of 12hrs.

By using nix to build the Cardano node, you really only have 3 steps to follow:

Again, sorry if this wasn't the solution to build the cardano node using but I had nothing but problems using Cabal during the Plutus Pioneer Program.

This site is temporarily in read only mode and not accepting new answers.

Not the answer you're looking for? Browse other questions tagged cardano-node node .

2
I would like to run a relay node on Ubuntu 20 server without creating a wallet, what are my options? Are packaged binaries available?
2
Are there plans to keep the blockchain/node size small enough to maintain decentralisation?
6
Getting started developing cardano-node
7
Using cardano-node installed by Daedalus as CLI?
2
cardano-node goes down after "cardano-cli query pool-params"
6
Does Cardano Node support chained transactions?
3
How can you check if a local node is running properly?
4
Error trying to compile cardano-node on Raspberry Pi
3
How can I check if my node is fully synced?