Using Plutus PAB for development instead of Playground

trying to migrate away from the playground and seems like PAB is the way to go. The plutus starter repository orignally seems to be the best place to start but it seems to be outdated (i.e. still using ValidatorCtx instead of ScriptCtx). So Im looking the plutus-pab in the main plutus repo. I ran the all-servers script and tried activating the in built plutus game contract using the HTTP api of the webserver but encounted an error in the json object stating that the caID shld be a binary instead of a string. How do I overcome this? Thanks. 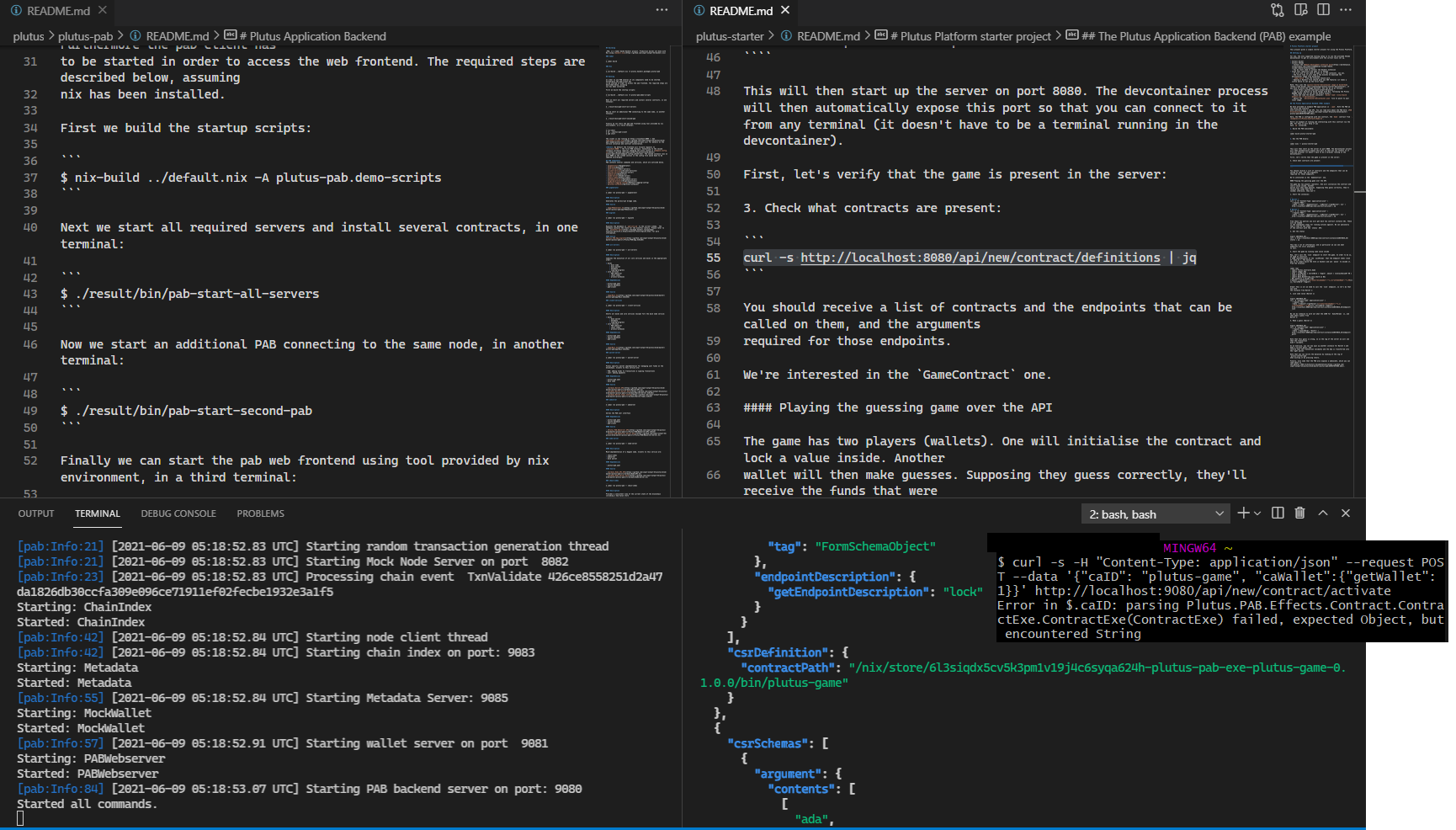 Browse other questions tagged plutus plutus-playground or ask your own question.